Republic Day is celebrated with a great pride throughout India. Every year on this day a grand parade is held in New Delhi. The parade starts from the Rashtrapati Bhavan (President’s Palace), along the Rajpath, India Gate and on to the Red Fort. The different regiments of the Army, the Air Force and the Navy participate in the parade with all their finery and official decorations. The President of India, who is the Commander-in-Chief of the Indian Armed Forces, takes the salute and addresses the nation. 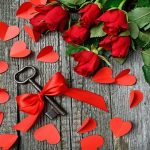